Bad to the Bone by Wendy Byrne 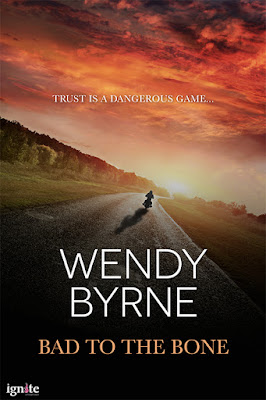 When her Uncle Jack is arrested on drug charges, Sammie Murphy hops the first plane to Key West. Being rescued isn’t on her uncle’s to-do list, though. When he admits guilt and instructs her to go home, Sammie knows with 100% certainty something is seriously wrong.

Veteran DEA agent Enrique Santos knows when a bust is solid. So why is he allowing Jack Murphy’s niece to mess with his head? He’s been set-up and nearly killed by a woman like her before, and he’s not about to make that mistake again.

But then things at Murphy’s bar take a turn for the dangerous, leaving Sammie entangled in Enrique’s dark past. Forced to second-guess his convictions, Enrique has no choice but to kidnap the one woman who could destroy everything...including his heart.

Wendy lives in the Chicago area. She has a Masters in Social Work and worked in the child welfare field for twelve years before she decided to pursue her dream of writing.

Between teaching college classes, trying to get her morbidly obese cat to slim down and tempering the will of her five-year-old granddaughter, who's determined to become a witch when she turns six so she can fly on her broom to see the Eiffel Tower and put hexes on people--not necessarily in that order--somehow Wendy still manages to fit in writing. She spends the remainder of her days inflicting mayhem on her hero and heroine until they beg for mercy. 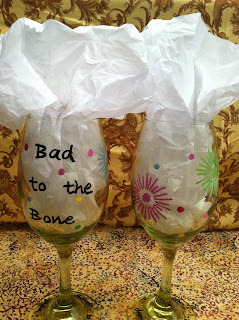 
Great Book! Bad to the Bone is a standalone book. Genre: Romance Suspense Pages: approximately 190 Date of Publication: September 7, 2015. This is the first book by Wendy Byrne that I have read and she can write a story that keeps the reader interested.

Sammie drops everything to rush to the aide of her uncle Jack who is accused of dealing drugs. She would never believe in her wildest dreams that her uncle would be involved with drugs. She is determined to prove his innocence and starts to investigate. Enrique is an undercover DEA agent who arrested uncle Jack . He returns to the bar to further investigate and solidify the guilt of uncle Jack . Along the way he gets drawn into Sammie's investigation and starts to find himself falling for her . Will Sammie be able to prove her uncle's innocent ? What will happen when she finds out Enrique's true identity ? This story kept me wanting to find out the answers to all these questions . I thoroughly enjoyed this book and I highly recommend .


I received a copy of this book as an ARCfor an honest review . This book was reviewed by Annamaria for Alpha Book Club.
at 9:30 AM

Acts of Faith
by A.M. Arthur

Cost of Repairs
by A.M. Arthur

The Blinding Light
by Renae Kaye
What a great story This is a story about life, sacrifice, love & never giving up.. A wonderful story with some rocky parts but a very HEA

The Enticement: The Submissive Series
by Tara Sue Me
Awesome Another great addition to this series! Love Nathaniel and Abigail -- can't wait for more books in their story! Must read series!

The Marrying Kind
by Jay Northcote